hospitality. No trace remains of the sacrifices the Sisters of Jesus made in the former fifteenth century convent. For over ten years it has been home to the luxurious Four Seasons Hotel in Milan. Now a place where comfort and exclusivity reign, the first hotel in Italy owned by the Canadian chain is situated between Via Montenapoleone and Via della Spiga. The conversion into a hotel in the early 1990s has recently been followed by the construction of a spa by Spanish designer, Patricia Urquiola. With magnificent vaulted ceilings in exposed brick, the wellness centre occupies the basement of the historic building. One of the prevailing features of this circa 800 square metre space is the harmony of its colours and materials. Divided into four areas are: reception, treatment rooms, fitness area and wet area with swimming pool, changing rooms and toilets.

All the items, natural and Italian, such as the tiling, oak and travertine, have been reworked and finished with laser or screen printing to accentuate their textural qualities. The colours are earthy, from walnut-coloured travertine to warm shades of gold. Every detail helps to create a mood of calmness and tranquillity, as if time were suspended. Time and its perception, often influenced by the place we are in, are central to the Spanish designer’s project here. The stage-like soft lighting delimits the ends of the walls, guiding us to the various wellness facilities. Along the passages one glimpses the fine details that highlight similarities and deliberate contrasts: the force of the travertine in the relaxation area contrasts with the lightness of the fabrics covering the ceilings of the private rooms, providing the perfect counterpart to the magnificent exposed brick vault of the pool. The bathrooms of the treatment cabins are furnished with the free-standing Pear bathtub, designed by Urquiola herself and made of white Cristalplant® biobased, and the rounded In-Out bathtub, designed by Benedini Associati. 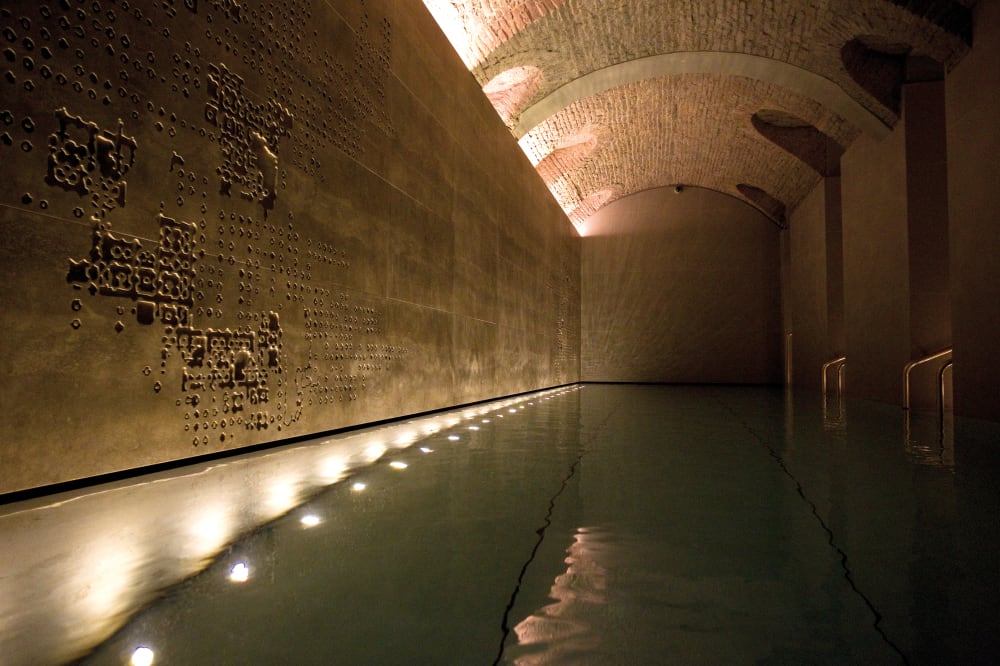 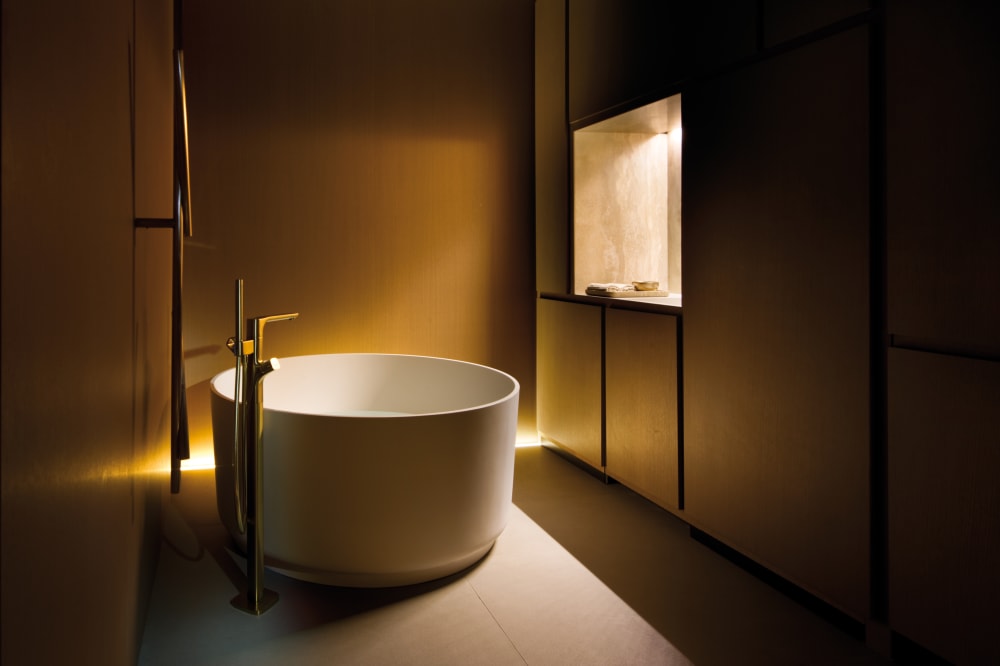 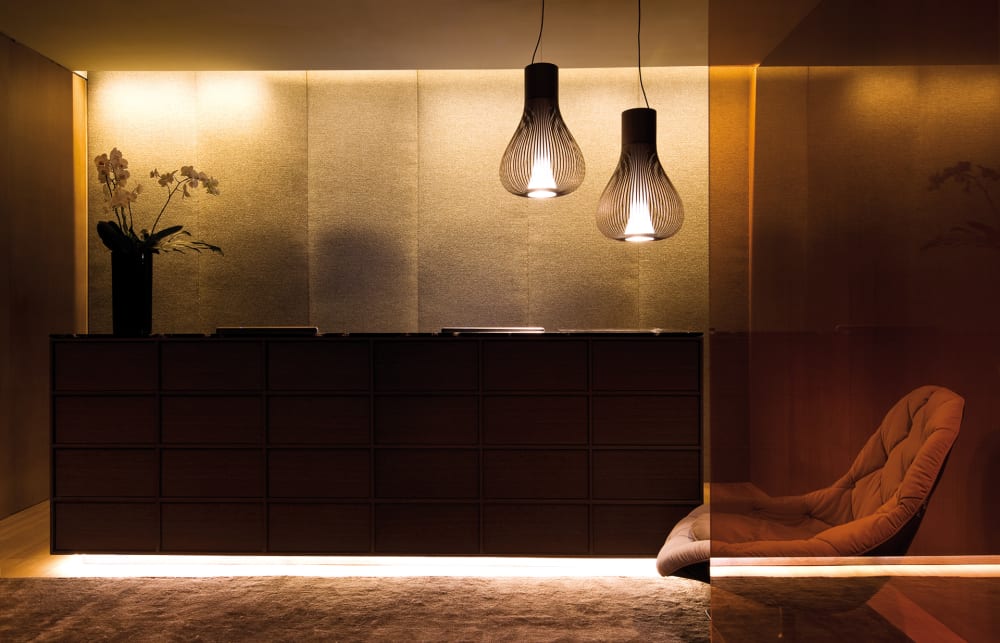 Patricia Urquiola was born in Oviedo (Spain) in 1961. Lives and works in Milan. She attended the School of Architecture of Madrid Polytechnic and Milan Polytechnic, where she graduated in 1989 with Achille Castiglioni. From 1990 to 1992 she was assistant lecturer to both Achille Castiglioni and Eugenio Bettinelli in Milan and Paris.