hospitality. Located in the historic centre of Milan near La Scala theatre, the Mandarin Oriental is the first grand hotel of the prestigious Hong Kong chain to open in Italy. Inaugurated in Expo year 2015, Bar and Wellness & Spa have already won the influential European Hotel Design Award 2016 for Interior Design of the Year. The Mandarin Oriental is the result of an ambitious restoration project and conversion of four eighteenth century buildings by the Milanese studio Antonio Citterio Patricia Viel Interiors. With the elegance of Italian design and the rigour of the East, its clever design reflects the meeting of two cultures. Also on the same premises are the two star Michelin restaurant Seta, run by acclaimed chef Antonio Guida, an impressive 900 square metre holistically designed spa with swimming pool, treatment rooms and beauty salon, and the bar, with its large central counter and black and white geometric marble on walls and floors. The double-height lobby with large central fireplace and walnut and oak panelling, reminiscent of certain homes of the bourgeoisie of the 1920s and ‘30s, anticipates the sophisticated but measured and contemporary charm of the 104 rooms and suites on the upper floors. Perfectly distributed within its surroundings, the furniture lends a warm and inviting air to the albeit sober rooms, as exemplified by the suite named after architect and designer Gio Ponti, where in the large living room the white marble Eros table by Agapecasa is set off by the warmth of the wood and the other furnishings and accessories. In perfect harmony with their environment, the bathrooms host the sinuous white Spoon XL Cristalplant® biobased bathtub, Pillar column and Fez taps, all designed by Benedini Associati. 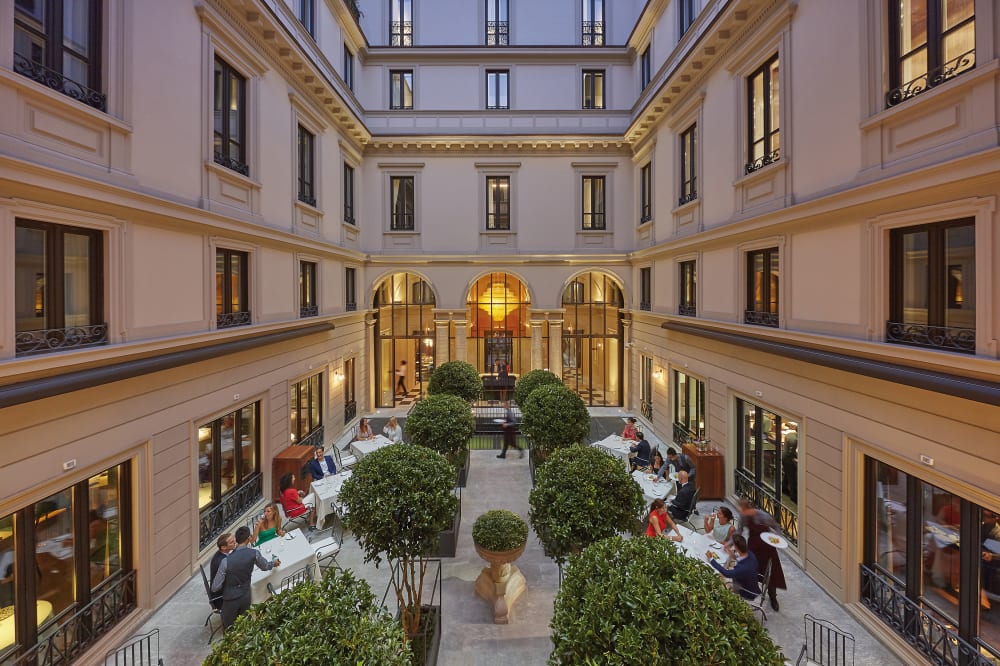 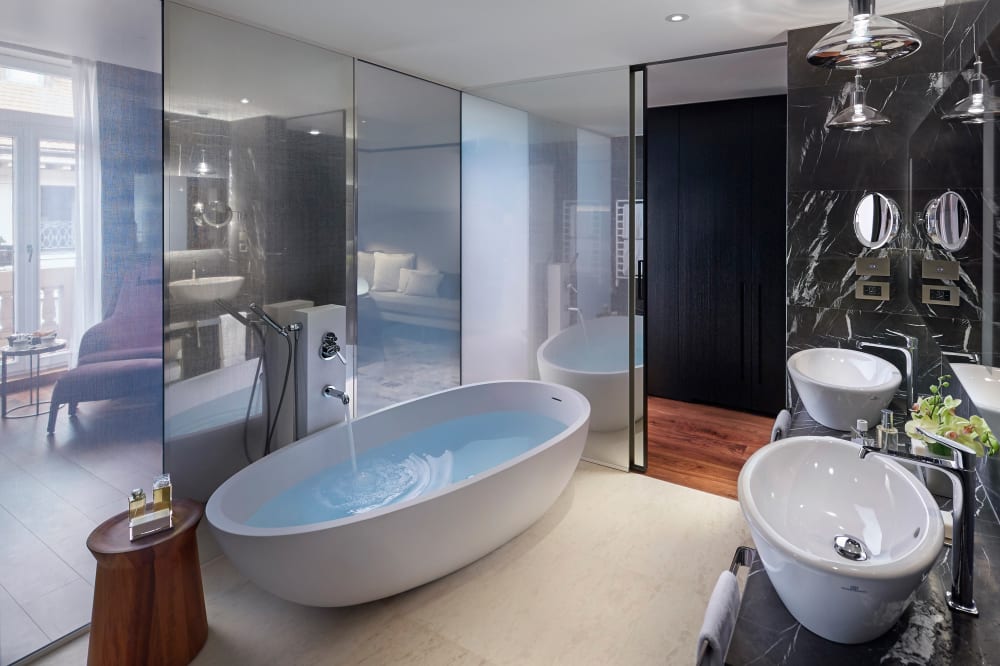 Antonio Citterio Patricia Viel share a desire to stimulate a new and different way of experiencing space – beyond the structure. An art of living, with a unique micro & macro perspective. Architecture that evokes emotion, stimulates intellect, reflects qualities of life. Architecture which is in dialogue with context and engages people.