other. In Interlaken, a village at the foot of the eternally snow-capped Jungfrau, in Switzerland, stands the five-star Victoria Jungfrau. This is the heart of the Bernese Oberland, between the lakes of Thun and Brienz. Here, since 1865 the hotel has been offering a refined hospitality of yesteryear, combined with a more contemporary taste in the details. A steel and glass wing has been added to the original building that now allows the hotel to offer – in addition to a breathtaking view of the snowy peaks – 200 rooms, three restaurants, 20 function rooms, and a fitness area, as well as the first Kanebo Sensai Select Spa in the world. Designed by French designer Gwenael Nicolas (former designer for the Agape Sen collection) and by the studio Curiosity, which Nicholas founded together with producer Reiko Miyamoto, the Sensai Selected spa specializes in regenerative therapies using the precious Koishimaru silk, once made only at the Imperial Palace of Kyoto.

Inspiration for the whole project is indeed silk, as is already apparent in the reception area, designed to recall a quiet cocoon. Right from the start, every detail is designed to create a calm and relaxing environment. The lighting is a key feature. Soft and warm, it has the power to erase the clamour of the outside world. This is followed by points where the atmosphere is hushed, sometimes in contrast to dusky corners, such as the darkened corridors lit only by the light of the cabins and the glimmer of the fine materials used to divide the space. This creates a game for the senses, where body and mind are in exemplary harmony.

The spacious cabins have a veiled light and a palette of warm colours, muting from beige to gold. Perfectly at home in the intimate and reassuring nature of this space, the rounded In-Out bathtub is partially encased in a wooden surface that doubles as a walkable floor. The bathtub, designed by Benedini Associati and made in white Exmar, is set off ideally by the angular couch, bed, suspended shelves and the slashes in the wooden walls. 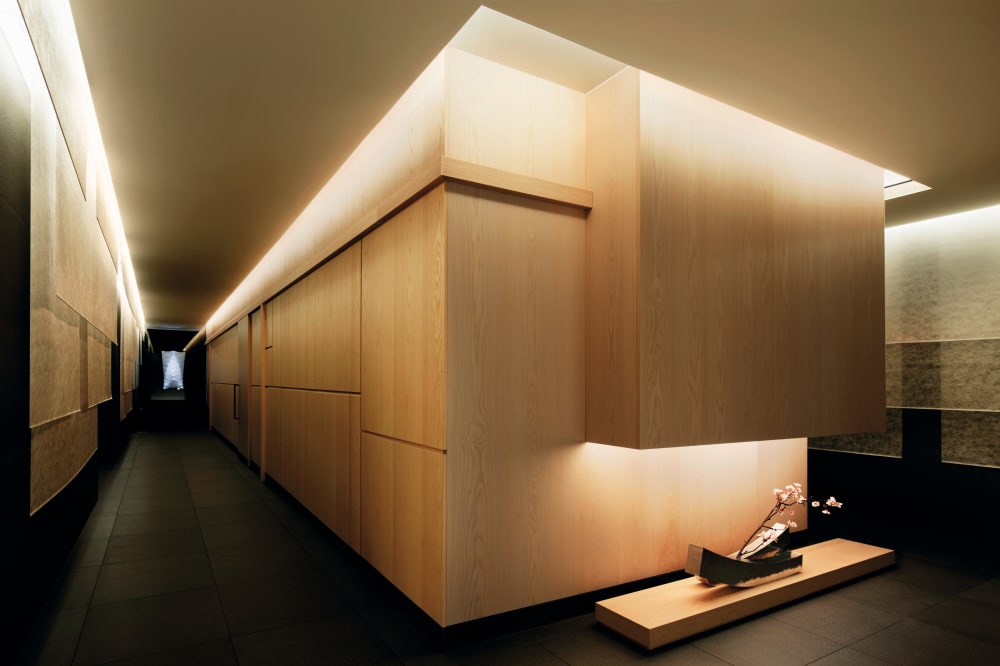 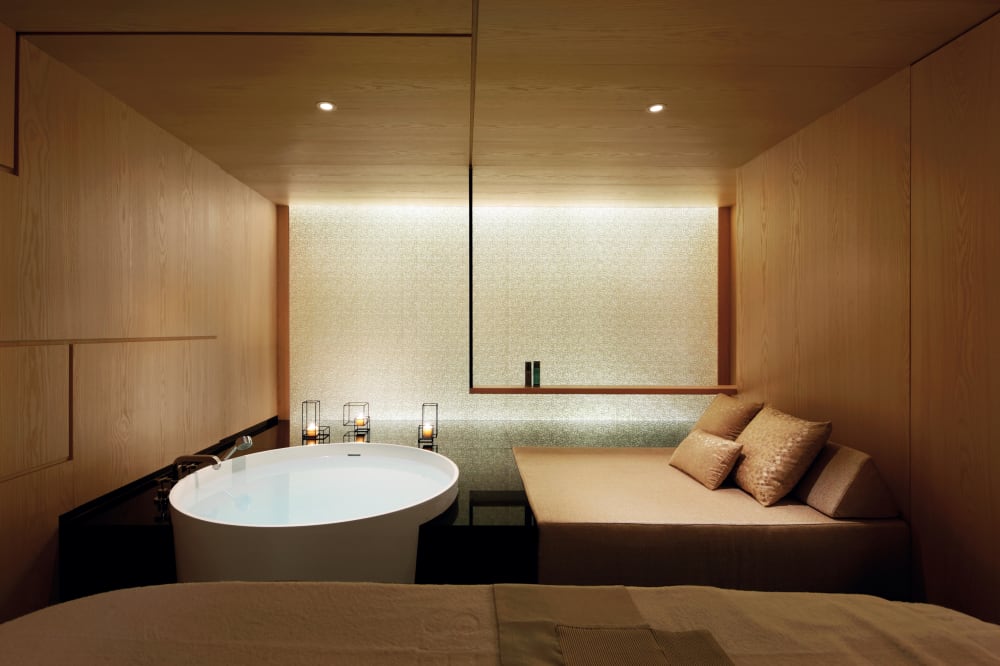 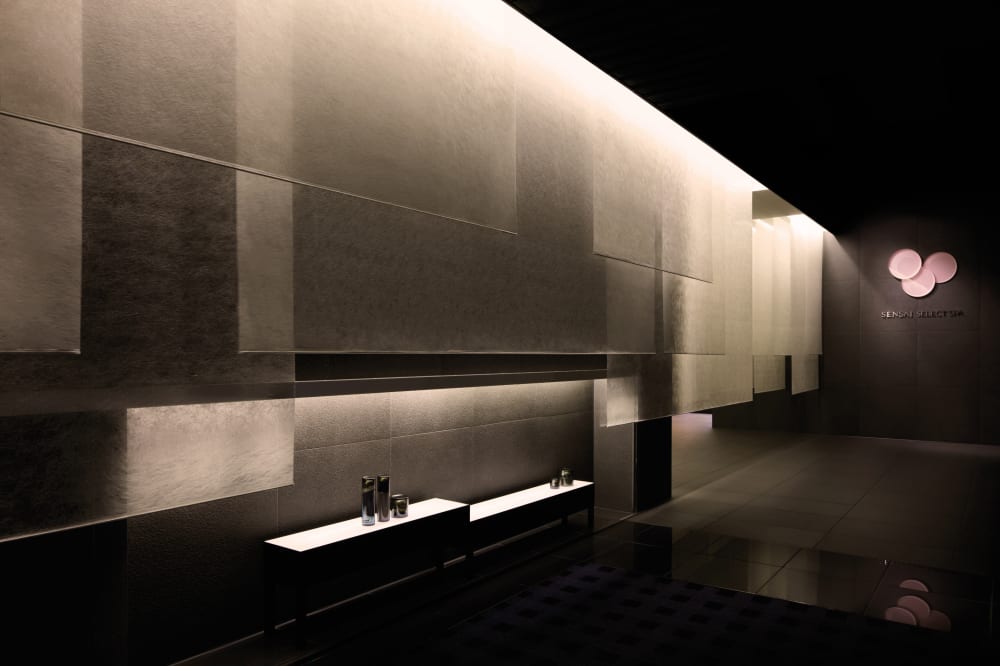 Gwenael Nicolas was born in 1966 in Bretagne, France, and lives and works in Tokyo. He studied at l'ESAG (Ecole Superieure d'Arts Graphiques et d'Architecture) in Paris where he graduated in 1988 with a masters in interior design. After 2 years in London at the Royal College of Art, he graduated with a Master in industrial design.