residential. The relationship between Matali Crasset and hoteliers Patrick Elouarghi and Philippe Chatelet was an artistic partnership that soon blossomed into friendship. The versatile architect and designer, with a studio in Belleville, had already designed the futuristic Hi Life hotels for them in Nice, Paris and Nefta in Tunisia, and together they developed a whole new concept of hospitality. Today Matali has been called in to design their private residence, a top floor flat on the roof of an elegant building close to the seafront in Nice.With a sense of innovation but attentive to the environment and its “anthropological” rituals - a constant element in Crasset’s work – the rooms were converted to maximize openness and lightness. Added height was given to ceilings and several staff rooms were knocked together to create a single space, painted in total white. The colour scheme, elevated to almost virtuoso levels, exists in a consistent play between the dominant white of the walls, the various shades of the decor and a shrill note of contrasting colour, such as the bottle green spiral staircase with its almost sculptural quality, the yellow kitchen, and orange lighting in one of the bathrooms. Equally fine is the study of light, evident for example in the impressive row of windows in the living area which create a constantly changing chiaroscuro throughout the day.  The night zone is instead of an almost ethereal simplicity, and the mansard with its white beams seems to reach poetically out to the rooftops of Nice.The bathrooms provide continuity of style and colour with the rest of the house: one immaculate with orange contrasts, where the perfectly circular bathtub and In-Out washbasin (with Fez taps) finds alternation in the coloured circular element on the ceiling, almost like the sun at its zenith, and in the Bucatini mirror and 125C wall light; and the second, completely surrounded by an emerald green stripe, where the two-tone version of the Vieques bathtub by Patricia Urquiola with Memory taps reigns supreme. 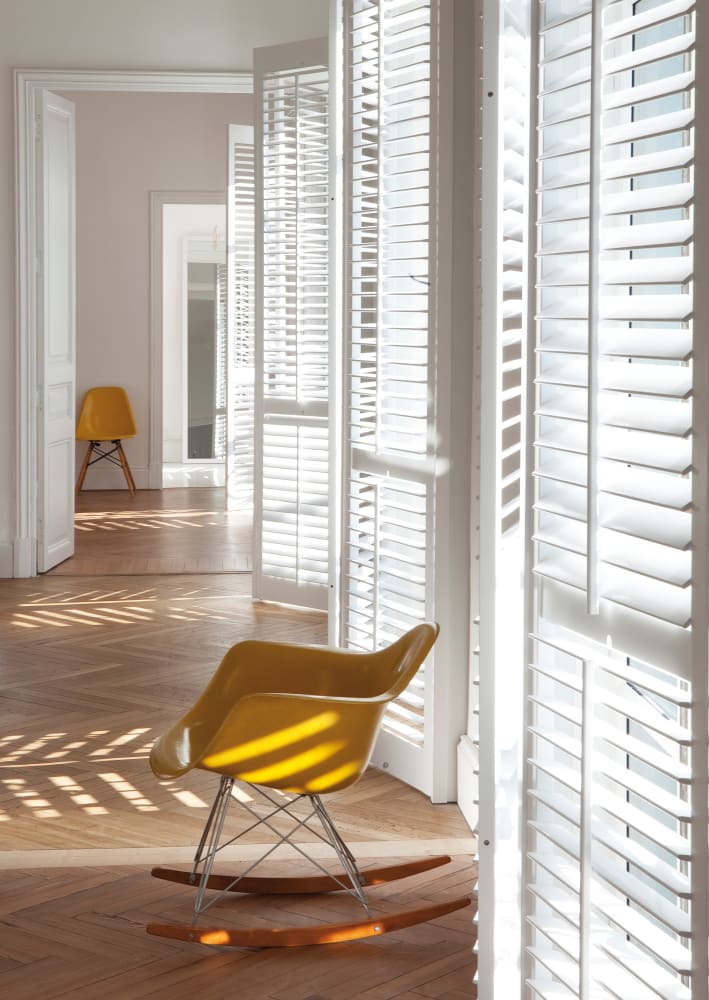 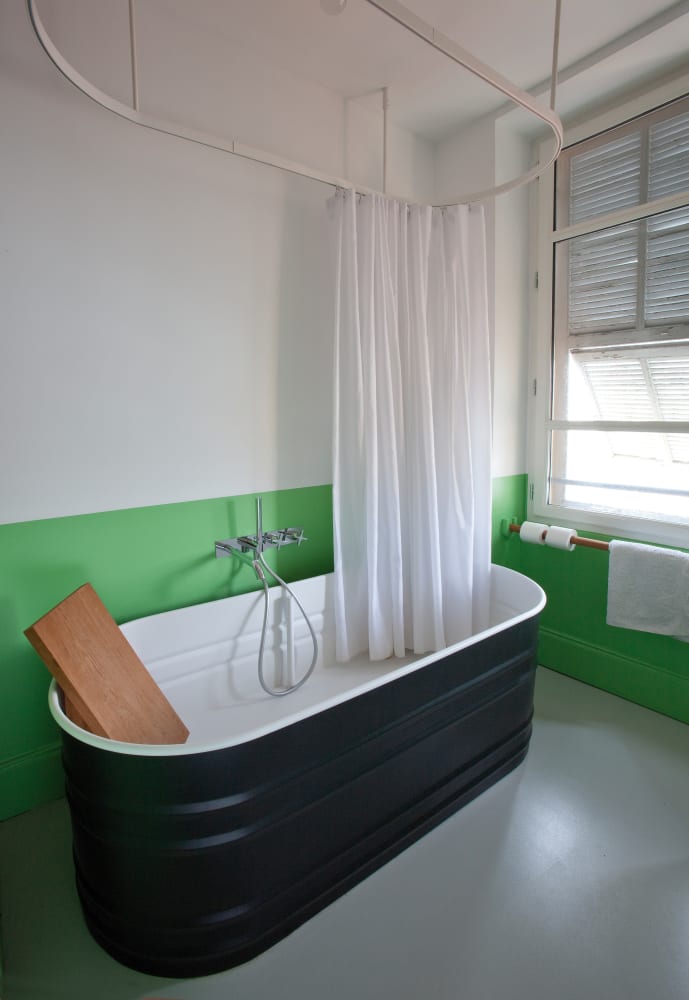 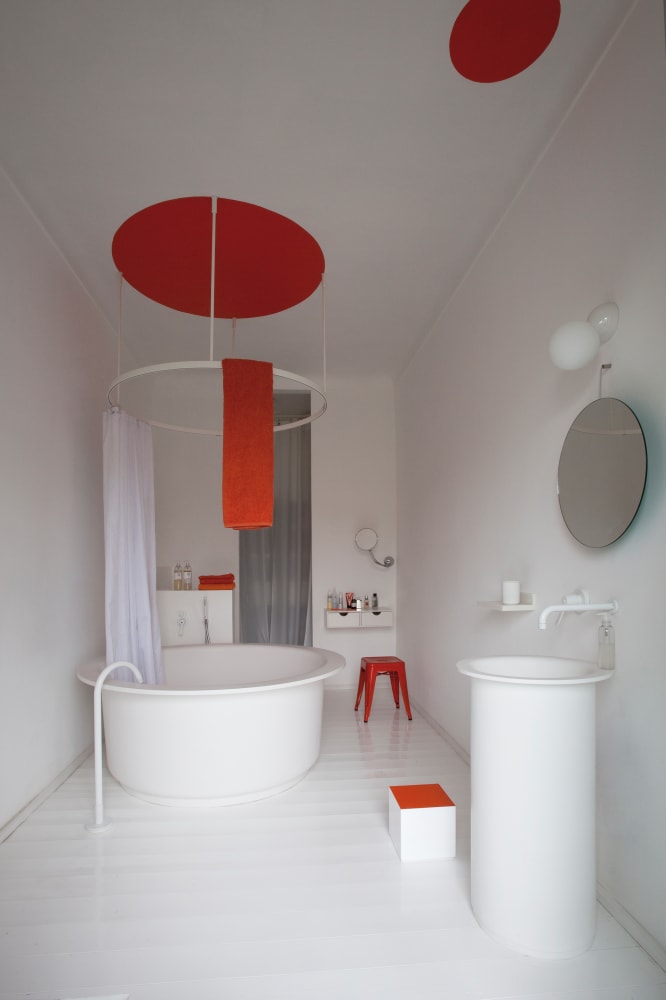