residential. Home to hippies from all over the world since the 1970s and today a favourite destination for young and summer tourists, some of Ibiza’s secluded corners still manage to keep intact the appealing wildness that made the island famous. In a small corner of paradise not far from Santa Eulalia, an eighteenth century farmhouse has been restored, with sensitivity  and daring, to its former splendour. The renovation, by Francis Dimmers for AMOMA arquitectura, updates some of the traditional elements of the island: the direction the house faces, the layout, and the large cistern for collecting water. The south-facing entrance ensures a good breeze throughout the house, the organization of the space is designed to preserve the residential and agricultural vocation of the finca and, finally, the flat roof with edges pointing upwards, to collect and channel rainwater into the specially restored cistern. Part of the original exposed beams have been conserved and some of the walls restored. In particular the masonry was carried out using the traditional methods of the island. A new, markedly contemporary, wing was added to the south, overlooking the olive groves. In keeping with the original style of the former farmhouse the interiors have an austere and simple tone, but with modern and functional details. The original elements live harmoniously side by side with contemporary ones, including a hi-tech kitchen, the lime-based coating of the walls of the study area and the six bathrooms with concrete walls, as well as some sharp vintage design pieces, specially designed by Box3 to house the Agape items. Two of these bathrooms have the Vieques bathtub and washbasin, designed by Patricia Urquiola, one all white and one bicolor to reflect the respective characters of their spaces. Each element heightens the architectural personality of the bathroom to which it has been allocated: among these is the Pear C washbasin, designed by Patricia Urquiola, and Cheese, by Benedini Associati, as well as several other additional pieces. 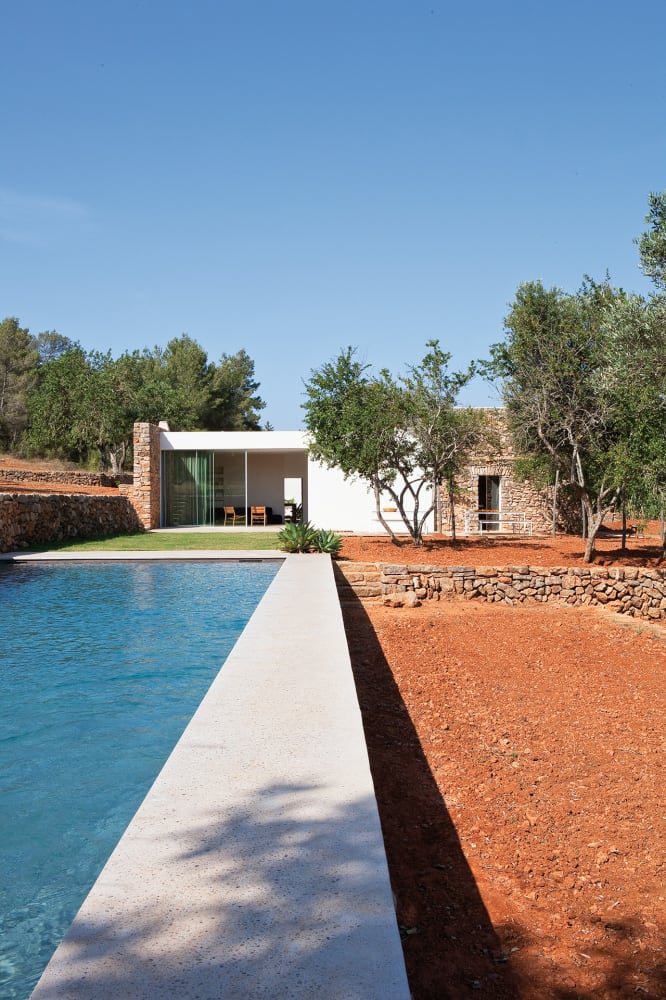 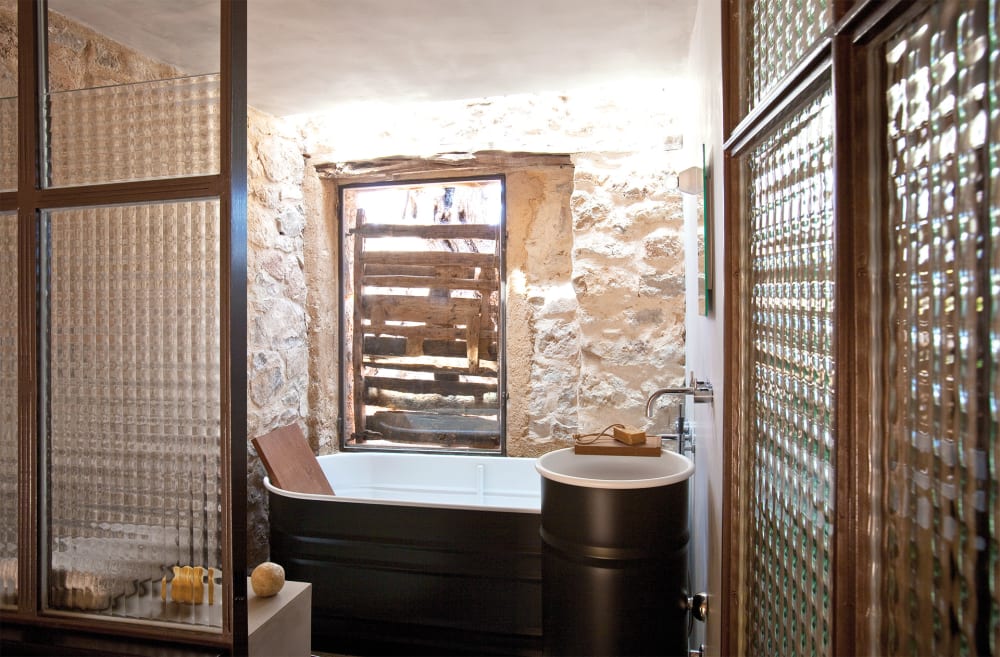 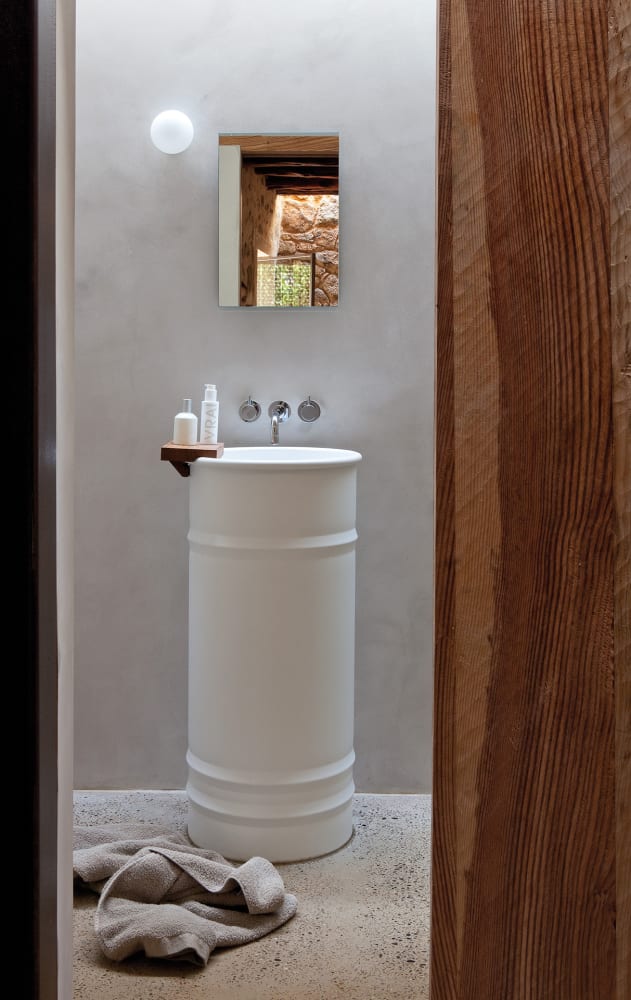 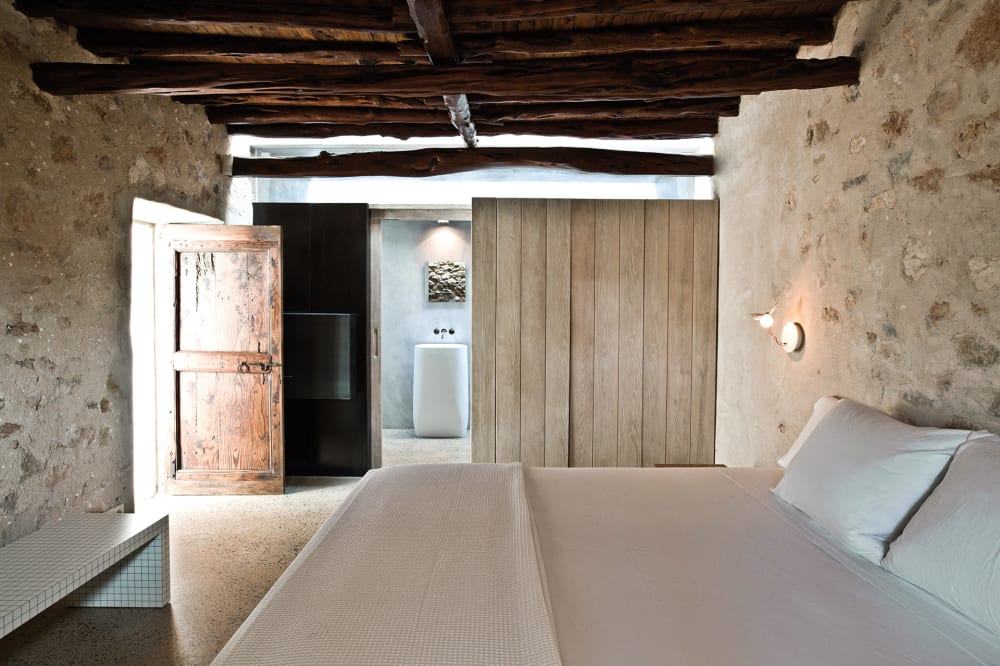 We are a team of architects who love our landscapes, our traditions and our island. We seek balance and dialogue between the traditional architecture of Ibiza with the comfort of a modern and contemporary house.